The first pantomime version of Cinderella was  at Drury Lane Theatre, in 1904 and at the Adelphi Theatre in 1905. Phyllis Dare, aged 14 or 15, starred in the latter. In the traditional pantomime version the opening scene takes place in a forest with a hunt in progress; here Cinderella first meets Prince Charming and his “right-hand man” Dandini, whose name and character come from Gioachino Rossini’s opera (La Cenerentola).

Cinderella mistakes Dandini for the Prince and the Prince for Dandini. Her father, Baron Hardup, is under the thumb of his two stepdaughters, the Ugly sisters, and has a servant, Cinderella’s friend Buttons.  Throughout the pantomime, the Baron is continually harassed by the Broker’s Men (often named after current politicians) for outstanding rent.  The Fairy Godmother must magically create a coach from a pumpkin, footmen from mice, a coach driver from a frog and a beautiful dress from rags, for Cinderella to go to the ball.  However, Cinderalla must return by midnight, as it is then the spell ceases. 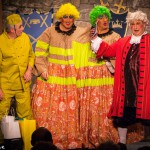 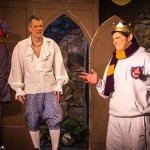 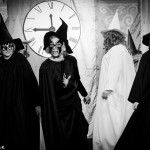 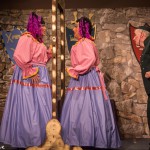 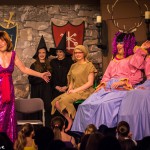 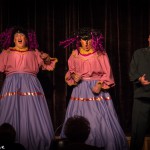 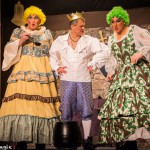 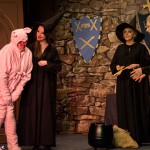 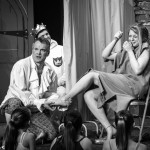 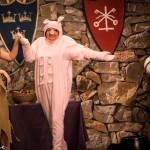 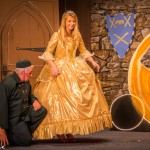 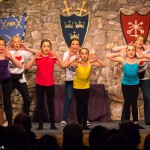 One of the most popular versions of Cinderella was written in French by Charles Perrault in 1697, under the name Cendrillon. The popularity of his tale was due to his additions to the story, including the pumpkin, the fairy-godmother and the introduction of glass slippers. 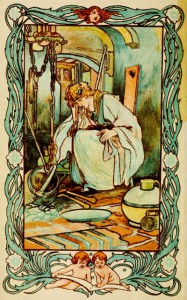 “Once upon a time, there was a widower who married a proud and haughty woman as his second wife. She had two daughters, who were equally vain and selfish. By his first wife, he’d had a beautiful young daughter, a girl of unparalleled goodness and sweet temper. The stepmother and her daughters forced the first daughter into servitude, where she was made to work day and night doing menial chores. After the girl’s chores were done for the day, she would retire to the barren and cold room given to her, and would curl up near the fireplace in an effort to stay warm. She would often arise covered in cinders, giving rise to the mocking nickname “Cinderella”. Cinderella bore the abuse patiently and dared not tell her father, since his wife controlled him entirely.

One day, the Prince invited all the young ladies in the land to a ball, planning to choose a wife from amongst them. The two stepsisters gleefully planned their wardrobes for the ball, and taunted Cinderella by telling her that maids were not invited to the ball.  As the sisters departed to the ball, Cinderella cried in despair. Her Fairy Godmother magically appeared and immediately began to transform Cinderella from house servant to the young lady she was by birth, all in the effort to get Cinderella to the ball.  She turned a pumpkin into a golden carriage, mice into horses, a rat into a coachman, and lizards into footmen. She then turned Cinderella’s rags into a beautiful jewelled gown, complete with a delicate pair of glass slippers. The Fairy Godmother told her to enjoy the ball, but warned she had to return before midnight, when the spells would be broken.

At the ball, the entire court was entranced by Cinderella, especially the Prince. At this first ball, Cinderella remembers to leave before midnight. Back home, Cinderella thanked her Godmother.  She then greeted the stepsisters, who had not recognized her earlier and talked of nothing but the beautiful girl at the ball.

Another ball was held the next evening, and Cinderella again attended with her Fairy Godmother’s help. The Prince had become even more infatuated, and Cinderella in turn became so enchanted by him she lost track of time and left only at the final stroke of midnight, losing one of her glass slippers on the steps of the palace in her haste. The Prince chased her, but outside the palace, the guards saw only a simple country girl leave. The Prince pocketed the slipper and vowed to find and marry the girl to whom it belonged. Meanwhile, Cinderella kept the other slipper, which did not disappear when the spell was broken.

The first moral of the story is that beauty is a treasure, but graciousness is priceless. Without it, nothing is possible; with it, one can do anything.  However, the second moral of the story mitigates the first one and reveals the criticism Perrault is aiming at: “Another moral: Without doubt it is a great advantage to have intelligence, courage, good breeding, and common sense. These, and similar talents come only from heaven, and it is good to have them. However, even these may fail to bring you success, without the blessing of a godfather or a godmother.”