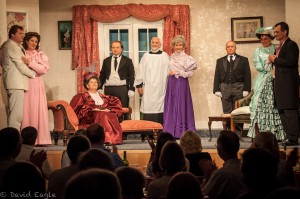 At the time the play was written, Victoria Station in London was actually two adjacent terminal stations sharing the same name. To the east was the decidedly ramshackle London, Chatham and Dover Railway and to the west, the much more fashionable London, Brighton and South Coast Railway—the Brighton Line. Jack explains that he was found in a handbag in the cloakroom at Victoria Station and tries to mitigate the circumstance by assuring Lady Bracknell that it was the more socially acceptable “Brighton line”. 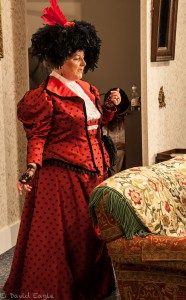 Wilde used place names as the names for many of the characters in his plays.  Seaside towns were a favourite, and as much of this play was written in Worthing it is not surprising that Worthing found its way in as the name of the play’s lead character.

Lady Queensberry, Lord Alfred Douglas’ mother, whom Wilde and his wife visited, lived in Bracknell.  One has to wonder if her character was also similar to Lady Bracknell’s.  Some have implied that Wilde’s use of the name Ernest might possibly be an inside joke. John Gambril Nicholson in his poem “Of Boy’s Names” (Love in Earnest: Sonnets, Ballades, and Lyrics (1892)) contains the lines: ” Though Frank may ring like silver bell, And Cecil softer music claim, They cannot work the miracle, –’Tis Ernest sets my heart a-flame.”  It has been suggested that the word “earnest” became a code-word for homosexual, as in: “Is he earnest?” in the same way that “Is he so?” and “Is he musical?” were also employed. 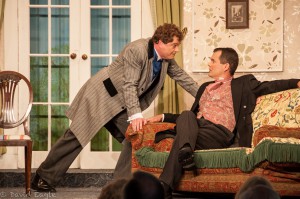 Contrary to claims of homosexual terminology, the actor Sir Donald Sinden, who in the 1940s had met two of the play’s original participants, as well as Wilde’s lover Lord Alfred Douglas, wrote to The Times to dispute suggestions that ‘Earnest’ held any sexual connotations: “Although they had ample opportunity, at no time did any of them even hint that Earnest was a synonym for homosexual, or that Bunburying may have implied homosexual sex. The first time it was heard mentioned was in the 1980s and Sir John Gielgud was immediately consulted. Gielgud’s own performance of Jack Worthing in the same play was legendary and his knowledge of theatrical lore was encyclopaedic. He replied in his ringing tones: “No-No! Nonsense, absolute nonsense: I would have known.”  The latter remark gains additional salience from the fact that Gielgud himself was well-known in theatrical circles to be gay. 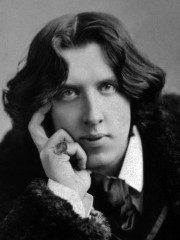 Oscar Wilde
Born Oscar Fingal O’Flahertie Wills Wilde on October 16th, 1854 in Dublin, Ireland, his father was William Wilde, a leading ear and eye surgeon and an author in his spare time.  His mother was a revolutionary poet, gifted linguist and was very knowledgeable in Celtic myth.  With that kind of background, Wilde was inevitably exposed to the literary world from a very young age indeed.  He went to school in Enniskillen, and went on to Trinity College, Dublin, and Magdalen College, Oxford, where he distinguished himself as a poet and a scholar.   While at Magdalen College, Wilde also became particularly well known for his role in the aesthetic and decadent movements. He began wearing his hair long and openly scorning so-called “manly” sports, and began decorating his rooms with peacock feathers, lilies, sunflowers, blue china and other objets d’art. 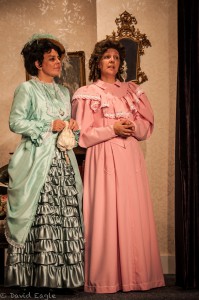 While his attitude and manners were becoming the subject of criticism, his wit and brilliance were winning him fans. Wilde established himself in the social and artistic circles of London and in 1881 published his first book ‘Poems’ which was highly acclaimed.  Soon after this he went on a lecture tour of the US and Canada. His attitude and dress were not well received in the polite circles of unsophisticated nineteen century America, but went down better in the rough and tumble of mining towns.

After his tour of America, Oscar returned to London and in 1884 married a wealthy Irish woman, Constance Lloyd, who bore him two sons.  With a young family to support, Wilde accepted a position for two years revitalising Woman’s World magazine and subsequently devoted himself almost entirely to his writing, creating the best of his works over the following few years.  Oscar’s first play was ‘Lady Windermere’s Fan’, which opened in 1892, and was a financial and critical success, prompting him to write more plays.  ‘A Woman of No Importance’, ‘An Ideal Husband’, and his last play ‘The Importance of Being Earnest’  followed and were all highly acclaimed and firmly established Wilde as a playwright. 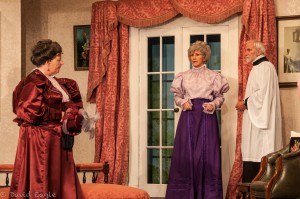 Around 1885, Wilde met Robert Ross, a Canadian journalist and art critic, who remained a close friend up to the time of his death.  Whether or not Wilde was still naïve when he first met Ross, the latter did play an important role in the development of Wilde’s understanding of his own sexuality, and soon after this Wilde began frequenting homosexual bars and brothels.   In 1891 Wilde was introduced to Lord Alfred Douglas, and for a few years they lived together more or less openly.  Douglas’s father, the Marquess of Queensbury, however resented the friendship and Wilde’s influence over his son and accused him of sodomy, which was illegal at the time.  Douglas encouraged Wilde to sue for libel, but the case turned against him, and Oscar soon found himself in court answering the charge levelled by the Marquess.  The trial became one of the most sensational of the nineteenth century, with Wilde testifying in his own defence.  The jury was divided in the first trial, but in the second he was convicted and sentenced to two years hard labour.  Constance took the old family name of Holland, and went to Switzerland with the children. 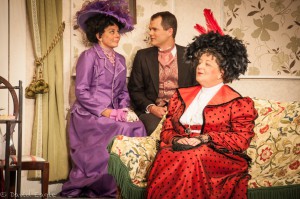 For many years Wilde’s name bore the stigma attached to it from the trial.  He is now, however, recognised as a brilliant social commentator, novelist, playwright, poet and critic. His society plays are now considered to be some of the best comic writing in the English language.

After his release from prison in 1897, bankrupt, Wilde went to France hoping to rekindle his writing career.  His health was poor however, and his only remaining work was ‘The Ballad of Reading Gaol’. He died suddenly in November 1900 of meningitis following an ear infection. 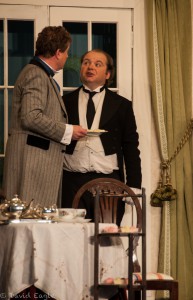 Robert Ross, his long-time friend, remained loyal to Wilde and was with him when he died. Ross became his mentor’s literary executor. This was not an easy task. It meant tracking down and purchasing the rights to all of Wilde’s texts, which had been sold off along with all of Wilde’s possessions when the playwright was declared bankrupt. The rights to all of Oscar’s works, along with the money earned from their printing and performance while he was executor, was given by Ross to Wilde’s sons.

Oscar Wilde was buried in the Cimetière de Bagneux outside Paris but was later moved to Père Lachaise Cemetery in Paris. His tomb in Père Lachaise was designed by sculptor Sir Jacob Epstein, at the request of Robert Ross, who also asked for a small compartment to be made for his own ashes. Ross’s ashes were transferred to the tomb in 1950.   Visitors to the grave now leave lipstick kisses; flamboyant gestures which I am sure Wilde would have appreciated.  One Italian visitor has left the inscription ‘L’importanza di essere Oscar’ — which means “The Importance of Being Oscar”.