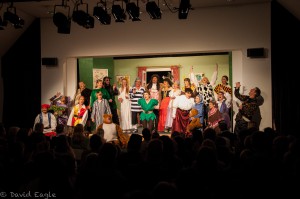 J M Barrie & Peter Pan
James Matthew Barrie wrote the original stories and the play Peter Pan.  He began writing pieces for newspapers and magazines in the 1890’s and then began to write for the theatre in the early 1900’s. During this time he lived in London and became friends with a number of the literary greats of his day: George Bernard Shaw, H G Wells, Arthur Conan Doyle, P G Wodehouse, G K Chesterton, Jerome K Jerome to name a few. 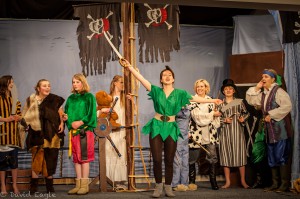 The first appearance of the character of Peter Pan came in The Little White Bird, which was serialised in the United States, then published in a single volume in the UK in 1901. Barrie’s most famous and enduring work, Peter Pan, or The Boy Who Wouldn’t Grow Up, had its first stage performance on 27 December 1904. 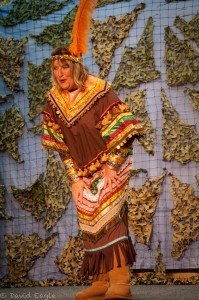 Barrie was born in Scotland as the ninth of ten children.  When he was six, his next oldest brother David died just before his fourteenth birthday, leaving his mother devastated, and extremely neglectful of Barrie for a time. Barrie tried to fill space left in his mother’s life by David’s death, going as far as wearing his clothes, and copying his mannerisms.   It has been speculated that this trauma induced psychogenic dwarfism which was responsible for his short stature (5’3”) and apparently asexual adulthood.

His marriage was reportedly never consummated, prompting speculation that he was physically immature. Barrie’s mother took comfort from the fact that in her memory David would never grow up and leave her; a possible inspiration for Peter Pan.  As they recovered from David’s death, Barrie and his mother formed a close bond through reading voraciously together starting with Robinson Crusoe, then Pilgrim’s Progress and Ballantyne’s Coral Island. 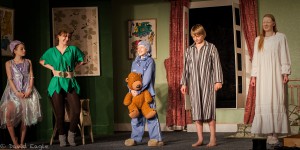 Peter Pan began as a series of stories told between Barrie and the Llewellyn Davies boys.  Barrie met the boys in Kensington gardens whilst walking his St Bernard dog Porthos, and befriended them and their Nanny, playing games and telling stories which would later become part of the tale of Peter Pan.  Barrie became a regular visitor at the Llewellyn Davies home and a companion of their parents. 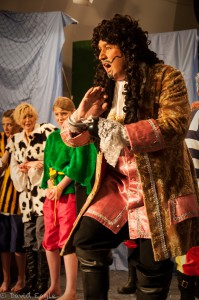 After the death of the boys’ father Arthur, Barrie spent more time with the family and even offered financial support.  Just three years later Sylvia also died, leaving Barrie as a guardian, and he along with the nanny acted as surrogate parents to the boys until their adulthood and beyond.   The boys’ names were George, Peter, John (Jack), Michael and Nicholas (Nico).  George and Michael both died young, George in WW1 and Michael drowned as a young man.  Barrie acknowledged the boys as his inspiration for Peter Pan in a dedication to the written version of the play, published much later.

“I suppose I always knew that I made Peter by rubbing the five of you violently together, as savages with two sticks produce a flame. That is all Peter is – the spark I got from you. What a game we had of Peter before we clipped him small to make him fit the boards. He was the longest story on earth. Some of you were not born when that story began and yet were hefty figures before we saw that the game was up. … What was it that eventually made us give to the public in the thin form of a play that which had been woven for ourselves alone? ………….That was a quarter of a century ago, and I clutch my brows in vain to remember whether it was a last desperate attempt to retain the five of you for a little longer, or merely a cold decision to turn you into bread and butter. You had played it until you tired of him, and tossed him in the air, and gored him, and left him derelict in the mud, and went on your way singing other songs; and then I stole back and sewed some of the gory fragments together with a pen-nib …” 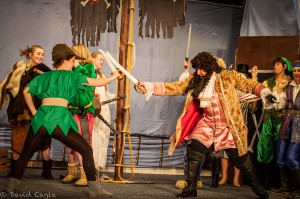 Barrie gave the rights of Peter Pan to Great Ormond Street Hospital in 1928, not just the rights to the play, but to the whole concept of Peter Pan.  While the copyright of the play should have expired in the United Kingdom, (as it is now more than 70 years since the author’s death) it was granted a special exception in 1988 under the Copyright, Designs and Patents Act, that requires royalties to be paid for performances within the UK, so long as Great Ormond Street Hospital continues to exist. 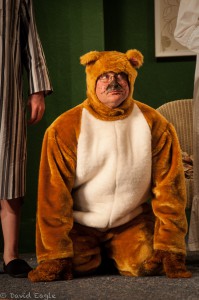 The play was first performed in the Duke of York’s Theatre in London in December 1904, with Nina Boucicault playing Peter Pan.

The rights paid for our performance did, of course, also go to Great Ormond Street and the images used here are from JMBarrie.co.uk