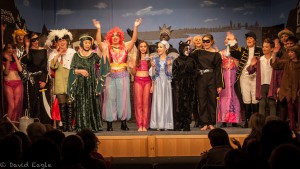 Dick Whittington, Fact or Fiction?
Dick Whittington did actually exist; he was the son of Sir William Whittington of Pauntley near Gloucester, and late in the 14th century he did indeed travel to London to make his fortune.  He wasn’t poor and he didn’t walk there to become a mere servant or scullion.  His father provided him with a horse and a letter to introduce him to John Fitzwarren, a wealthy London merchant. 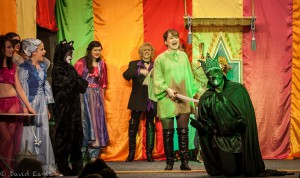 Before long, Richard had established a lucrative business supplying exotic imported clothes to the rich and famous including Henry Bolingbrooke who later became Henry IV.  He was well known for fine silks from Peking, rich velvets and damasks—he also supplied cloths of gold for the wedding dresses of Henry’s daughters.  With his royal connections and successful business his influence widened and he was recognised as the leading London merchant of his time. 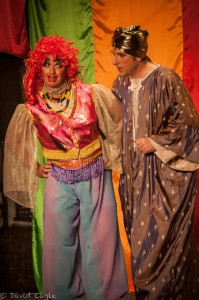 In June 1397, Richard II appointed him Lord Mayor of London.  But it didn’t last long— after one month King Richard took over the administration of London and forced the merchants to pay heavy taxes to maintain their freedom.  After a difficult struggle headed by Richard Whittington, the merchants regained control of the city.  By now a seriously rich man, he made large loans to Richard II, Henry IV and Henry V.  He also organised the financial strength of the City of London to keep the Crown in funds.  Instead of going to foreign bankers to finance wars, the merchants would lend the money, establishing the importance of the City of London.

In real life, Richard married Alice Fitzwarren, the daughter of a relative of Fitzwarren the merchant.  Tragically, Alice died young with no children.  Richard himself continued his remarkable life and with four terms as Lord Mayor of London between 1397 and 1420, he brought many improvements to the City before his death in 1423, leaving London in better condition than he found it. 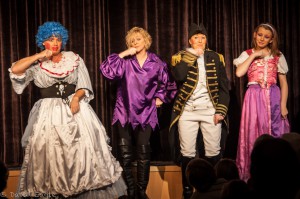 He left several thousand pounds, a veritable fortune in those days.  The money not only financed improvements to the Guildhall, St Bartholomew’s Hospital and his parish church, it also established a charitable trust which still bears his name.  Under skilful financial management the Whittington trust has grown and currently stands at £65 million.  Today the fund is administered by the Mercers and provides 60 homes for the elderly in Sussex and extra pension for 300 on low incomes, and distributes between £1.5 and £2 million pounds a year to various charities.  A remarkable legacy from a remarkable man. 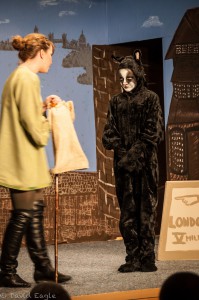 His memory became the stuff of legend—a play, now lost, appeared in 1605  and was seen by Samuel Pepys who wrote in his diary dated 1668, ‘To Southwark Fair, very dirty, and there saw the puppet show of Whittington, which was pretty to see‘.  This play was followed by ballads written by Richard Johnson who introduced the cat.  Cats had long been the subject of legends, magical creatures which helped men to find fame and riches and today, it is against this background that we tell the traditional tale of Dick Whittington and his Cat.